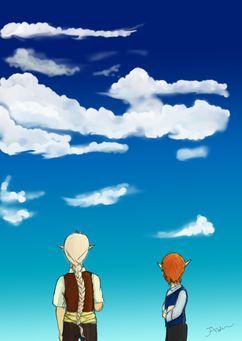 Artwork of Soletus and Mien done in 2016
Greetings,

So I needed a place that I could use to keep you fine folk about what is going on in the land of Lady McEachern. Story updates, when I will take a break, and just overall updated of the Archive and such.

This is not going to be a weekly thing. Perhaps Bi-weekly. Anyway, here is some news and I share some artwork.

This week, I've spent way too much time working on publishing novel. I just wanted to spend the weekend working on it, but I felt that I needed to get done with the current leg of the journey. It's literally a journey story.

However, I will be devoting my time to finish the ongoing story posted on Royal Road. Basically, I just want to finish it and then post the last three chapters all at one time. I've one chapter drafted, another half way drafted, and the other one will follow soon. 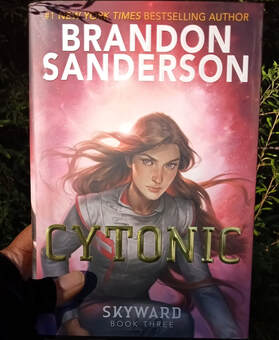 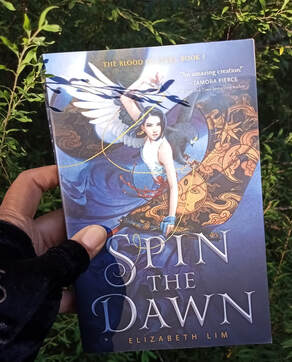 Brandon Sanderson's Skyward series is annoying in that the endings always has me wanting to read the next book. Cytonic is kind of off. Or it feels kind of odd. Enjoyable nonetheless. But it won't be until next year or the following year before I get to read book four.

As for Spin the Dawn. This is YA fodder for a female audience with Asian flavoring. The protagonist isn't the typical girl you read in these books. Where she is a universe hopping typical female fantasy protagonist. However, the story is what you would expect. It has the same problem it does with another book I read that I liked some years ago, in that there is an interesting world. But there is almost no time to dedicate to building on it. Basically, I would have liked twenty more pages. As after you get to the last act, the book kind of rushes along. A nice, quick, easy read with a likable love interest. And a relationship that was a little refreshing. Still a bit rushed.
My rating:
Will get the next book/10.
This is a duolagy. 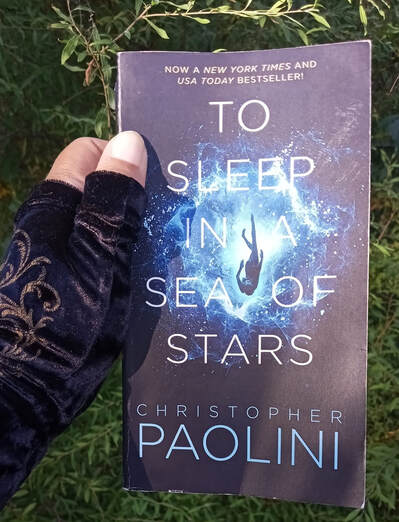 I've barely started this and may have not prepared myself for this story. It is soft sci-fi first contact story. I'm glad that I read some things a bit more light-hearted than this. And this is a chunk of a book. First impression, be prepared.
A bit of extra news: I am aware that the site could be better. Certain things, basically, don't work the way I think they should. RSS feed is messed up. I can't arrange how the archive and categories works. Weebly/SquareSpace has seemingly given up on apps working or making them better. So many of them are paid and are subpar. So, I decided to basically move hosts. I am looking for a better host for blog style like content for chapters, a newsletter like content.
And I need it simple, to use so a dum-dum like me can use it.

Also, at least by next year, I want to have Hy'Ruh-Ha and Crossroads to be in ebook form on Smashwords.

This ebook is likely to have some extras in it. And probably won't be professional edited. I don't have the money. With the type of editing I would like, It's going to be around $1500 dollars. I want a good job on it and not just a basic proofread. So many self-published books only have been proofread when they could have used a line edit. I can't soak that cost at the moment. The book is either free with no editing, or I charge for it. I don't really have that large of an audience for say a Patreon, not that I would want one. I would rather just have something like a tip jar than anything. Plus, I rather keep the Archive relatively free.

Anyway, I think that is it for now. We'll see if I can keep this type of thing up.